In 1978 I was introduced to Patrick Canovi by Adrian Bekker. Patrick was looking for a new bass player to replace his current bassist so i joined the group and we played a three-month stint at a hotel dance club in Bellville, Cape Town. It was such a great gig but we played extremely loud (drummer took two days to set up his kit which consisted of over 30 drums!)

Unfortunately there are no recordings of the band but only this press cutting.... 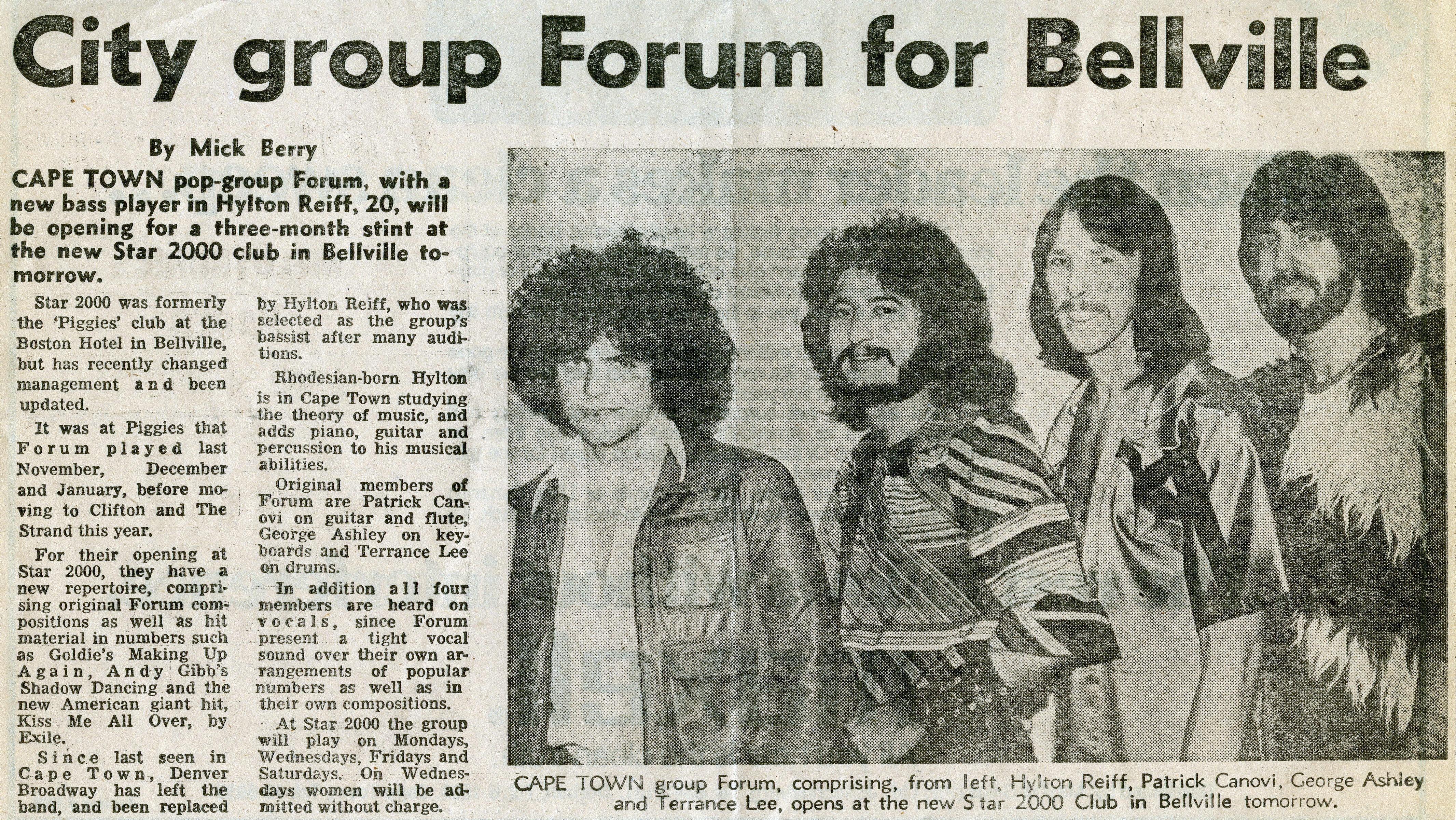